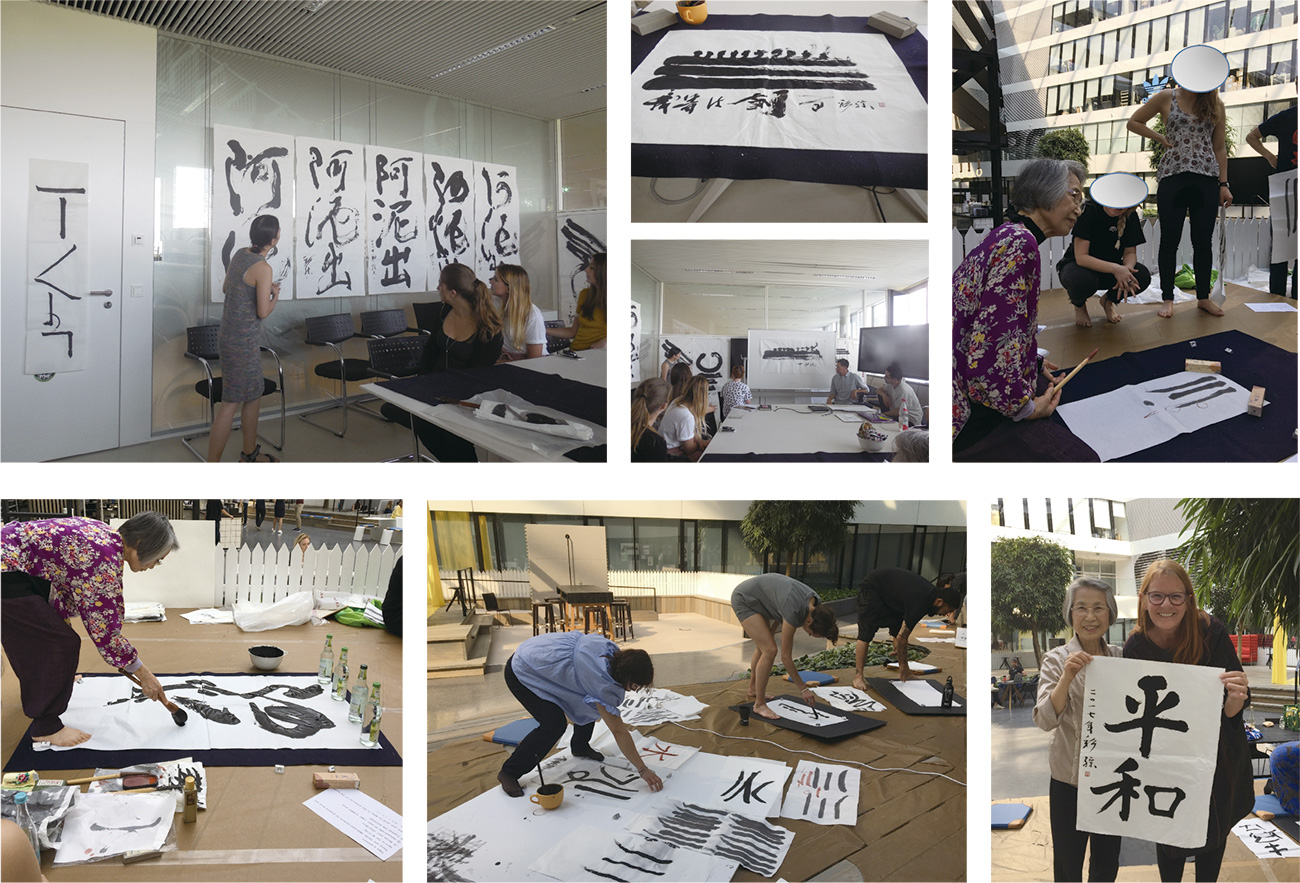 I taught the correct breathing for writing calligraphy so the people could understand this style of writing. They practiced hard in a large lesson room. Many other people observed the lesson.
Kythira’s blue and white scenery is very beautiful but windy. In the morning and evening it felt cold because I had summer clothing.
We were invited to a wedding ceremony and reception party.
（Photo: At the end of the workshop in Athens I explained about Chinese characters.) 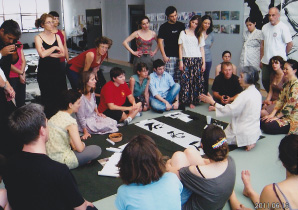 Demonstration works sold for hospital charity.
It was 36C in Greece but only 17C in Normandy so we were shivering and I caught a cold.
Many participants were painters and they enjoyed making calligraphy.
I explained with pictures about the traditional handcraft processes in making calligraphy paper, brushes, and ink blocks. The foreign people were amazed.

My niece had a modern dance workshop whose participants also did the calligraphy workshop.
They were very good at calligraphy body movement and posture. They learned quickly. The participants were from France, Greece and Finland. The Japanese interpreter spoke English and French.
I drew a character [Biran] about emotion on a large piece of paper. Then they expressed their feeling about the theme using dance. 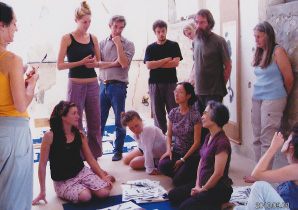 There was no theme and no music for the dance, just interaction of feeling, which was mysterious.
The interaction between calligraphy, dancer and audience was interesting. 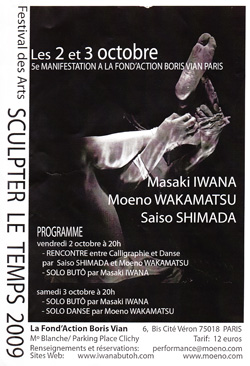 The lesson room was next to the exhibition place. The workshop was from 6pm to 8pm. The participants practiced eagerly.
I taught the basic style of calligraphy and some other styles – basic block style (Kaisho), semi-cursive style (Gyousho), and cursive style (Sousho). Then how to make your own original style. 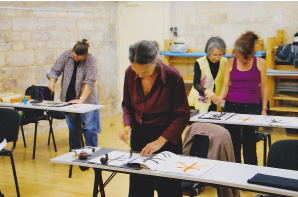