The sound of the heart : The Ｗorld of Saiso Shimada 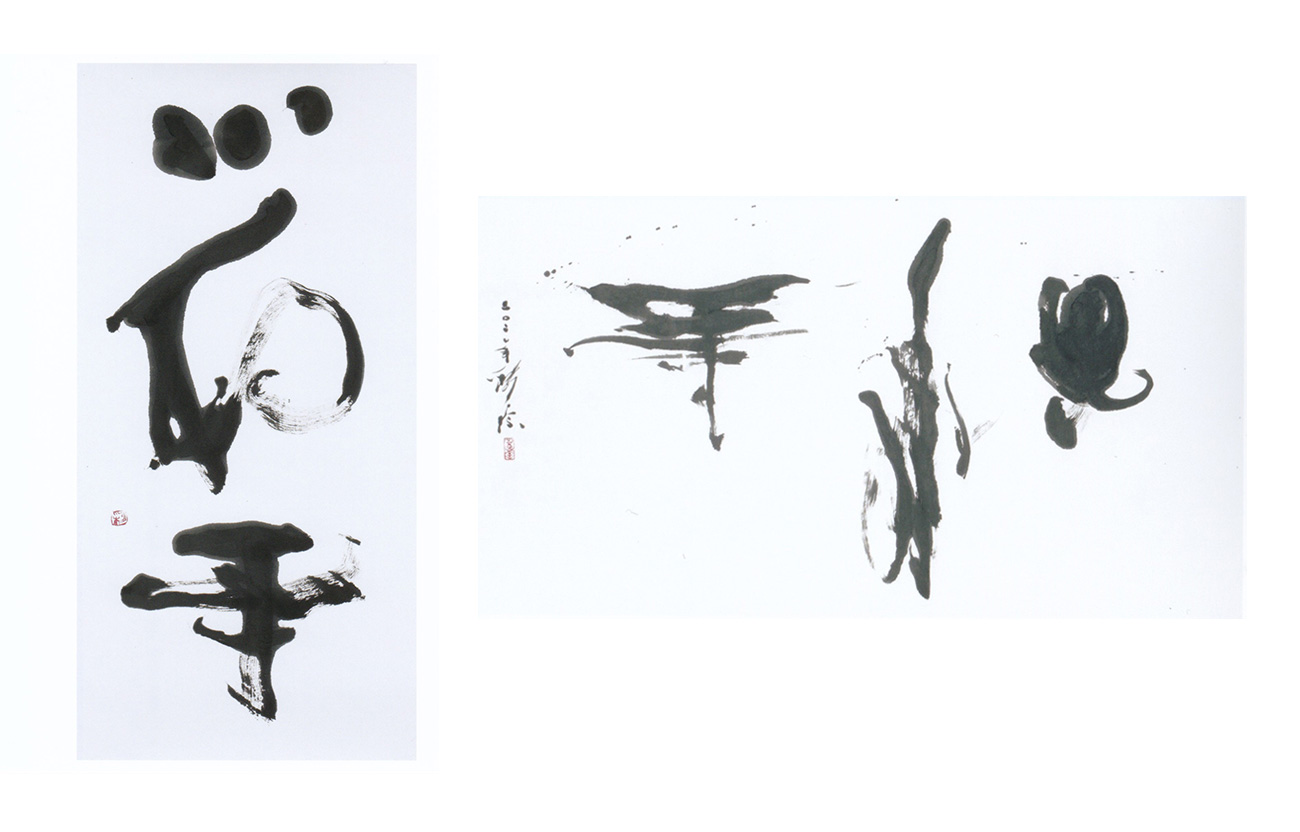 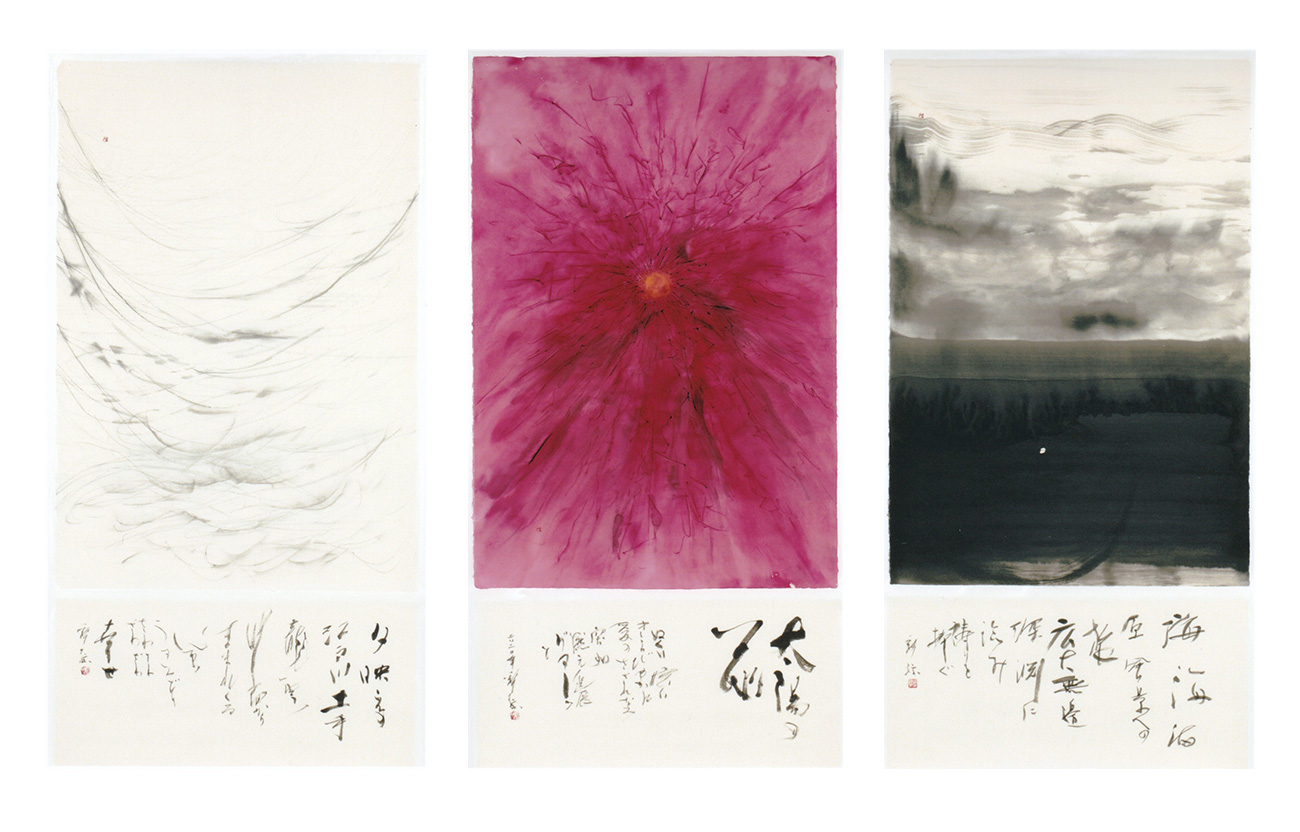 ”The Look of the Cosmic “Shimada aimed that visitors appreciate her, mystic and dynamic artworks filled with enormous energy of the universe, Published collected works " Calligraphy of the Universe: The world of Saiso Shimada"
Jun 19th to 27th, (Galerie Etienne de Causans, Paris) 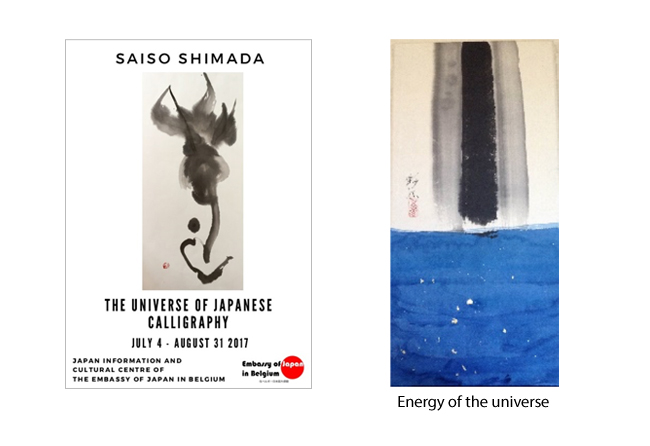 The Universe of A Japanese Calligrapher
Exhibition of a Japanese calligrapher, Ms Saiso Shimada.
We welcome the opportunity to present the most recent artworks of Saiso Shimada for her first public viewing in Belgium. Her style is unique, each brush stroke strongly anchored in breath. Shimada's energetic works express joy, love and one's "true self."

“The Cosmic Calligraphy: The Ｗorld of Saiso Shimada, This exhibition was held at the prestigious KYUKYODO Gallery in Ginza, the heart of cultural activities in Tokyo, Shimada’s artworks created through sensing the truth and undulation of the cosmic energy through their mind and body, During the same period

19th Opening party with modern dance performer (Mrs. Moeno Wakamatsu) and calligraphy. 22nd Calligraphy demonstration and display at Alanson Hospital. I was happy to meet a woman who came to my exhibition in Paris in 2009.

The 7th private calligraphy exhibition.
Theme ‘ a prayer for peace’ and ‘the joy of life’. 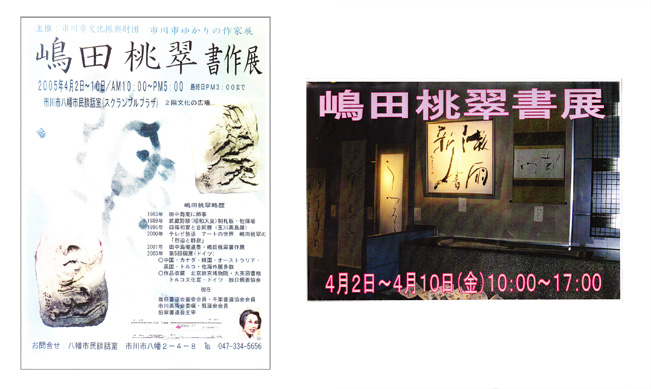 My calligraphy was made in the Shinmeikutsu Zen meditation hall in Okutama, Tokyo. Also at a friend’s cottage on Mt. Fuji.
December 16th to January 17th. During this time the work was influenced by mysterious natural phenomena at those locations. 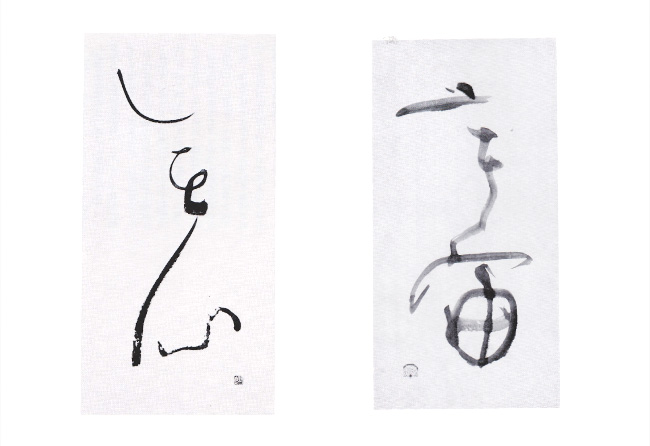